What do GDPR authorities say about blockchain?

From the very beginning of the GDPR enforceability, economic operators and commentators have wondered whether blockchain technology is GDPR compliant or not. Some commentators stated that when the GDPR entered into force, it was already too old because technology is faster than legislation, so any attempt to develop technologically neutral data protection legislation is bound to fail. Others stressed the importance of the principles of data processing, and how the general structure of the GDPR can be harmonised with the blockchain.

Some authorities and the European Union Blockchain Observatory & Forum (EUBOF) published some guidelines in order to harmonise the blockchain with the GDPR. In this article, you will learn more about what GDPR authorities say about blockchain.

A reader may find it hard to navigate among the different European authorities dealing with data protection regulation, because of their enforcement powers or the authoritativeness of their interpretation. In order to provide a simple frame, here is a short list of European authorities: 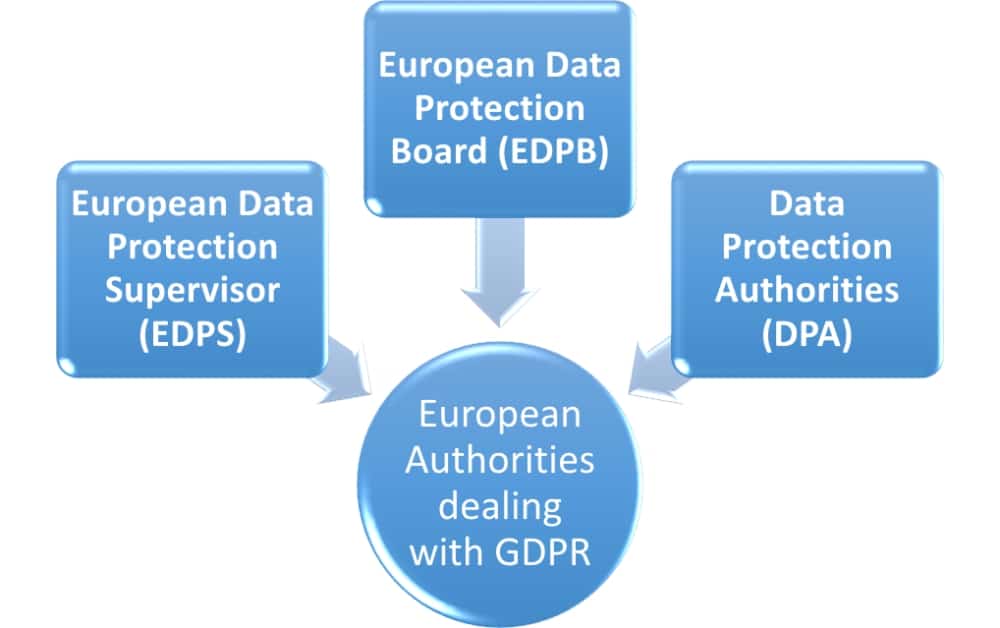 European Data Protection Supervisor (EDPS). This is the independent supervisory authority over data processing by European institutions, and it has the power to develop new policies on data processing.

Data Protection Authorities (DPA). DPAs are the supervisory authorities that are in charge of enforcing the GDPR in each Member State. On this page containing useful resources for complying with the EU GDPR, you can find a list of all the DPAs.

These authorities can participate in associations, forums and observatories established by the European Commission. The aim of participating in the works of other entities is to harmonise interpretation of the GDPR and to spread the principles of the GDPR in other connected fields, like the blockchain.

The first authority dealing with blockchain and the GDPR was the French Data Protection Authority in September 2018.

The French Authority on Data Protection (CNIL) published a document named “Blockchain and GDPR: Which solution for a responsible use in case of personal data?”.

EUBOF – An initiative of the European Commission

From the national authorities, and from the economic operators, there is demand for a harmonised legal framework on blockchain. From the technical point of view, solutions are works in progress while commentators suggest a path in order to maintain blockchain compliance with the GDPR.

In October 2018, the European Union Blockchain Observatory & Forum published a report on Blockchain and GDPR, trying to explain that “there is no such thing as a GDPR-compliant blockchain technology. There are only GDPR-compliant use cases and applications.” In fact, public blockchain systems, such as Bitcoin, have a huge impact on Data Protection rules as compared to a private or permissioned blockchain. Technology is neutral; it is its use that can be GDPR compliant or not.

The suggestions of the EUBOF are:

Time will tell if the approach of the European Union Blockchain Observatory & Forum will be implemented by the European Commission in its Data Protection regulation. Of course, that document, along with the recommendation from the French Data Protection Authority, can be considered as a good starting point in order to build a GDPR-compliant blockchain. The core of the GDPR – which is applicable also to the blockchain – is to leave data processors free to choose the right means to process personal data, by following the principles set in the GDPR. There is no intention to stop technology and business development, provided that personal data is processed according to GDPR principles.

To learn more about how to help any business comply with the GDPR (including blockchain) enrol in this free online training: EU GDPR Foundations Course.