How ISO 9001 can help you build business relationships

Have you ever wondered whether all the work that goes into ISO 9001 accreditation is justified in terms of the rewards and benefits it brings?

In a previous job, I worked for a company that supplied electronic hardware to several manufacturers, amongst them IBM. Part of my role was responding to issues and incidents in the field, hopefully preventing reoccurrence or further spread of fail conditions throughout the customer base. As such, I had to define how to establish an ISO 9001 compliant process to achieve this (see also: Six Key Benefits of ISO 9001 Implementation, but also my team and I frequently had to react to major incidents that had developed at short notice, and provide a fix. The other issue that had to be dealt with was reporting in to multiple stakeholders, in different countries, with different languages and cultures… 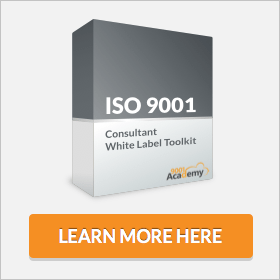 In these situations I was not only trying to find a solution for a major client, but attempting to communicate and report back to people in around four different countries, who probably held different expectations. I also needed to establish trust with these stakeholders, and to establish their confidence in me, my team, and my company. I thought long and hard about how to achieve this, and decided that by using a formal corrective action procedure and communicating the whole issue in the terminology of a customer complaint, the stakeholders who had ISO 9001 experience would recognize this language. I suggested at the first daily conference call – with me in Budapest and stakeholders in the UK, Taiwan, China, and the USA – that I would produce a proposal within the next 24 hours to try and improve the situation, given four different sets of people seemed to want to achieve four different things.

Incorporating ISO 9001 into your business solutions

The proposal I constructed was based on the raising of a customer complaint and formal corrective action in the standard my company used on its QMS. This was simply a document I constructed myself that captured the vital details: date, responsibilities, scope of problem, proposed fixes, and anticipated closure date. This was designed to do two things:

Therefore, as you will see in another article: Effective complaints management in a QMS, my plan contained the outline of how to achieve the following aspects:

1) Define the specific parameters of the problem

2) Analyze and suggest corrective action for the problem

5) Monitor and review until agreed date

I circulated this proposal one hour before the next day’s call, and dialed in at the agreed time. The call on that day lasted 15 minutes, as opposed to over one hour the previous day. We executed the plan, followed the steps suggested above, and within three weeks the issue was resolved and any repeat prevented.

Language that everyone understands

Some weeks after, I met one of the key stakeholders who had attended the conference call and discussed the whole issue. I then admitted my surprise that after such differing opinions on the first few days that my proposal was accepted so quickly.

It was then that he told me the reason. The stakeholders realized when they saw the proposal, that they saw the “language of ISO” and trusted that the project would be carried out to everyone’s expectations. Perhaps ISO can help you build and maintain business relationships, too.

To make sure all of your corrective actions are taken, use the Conformio compliance software. 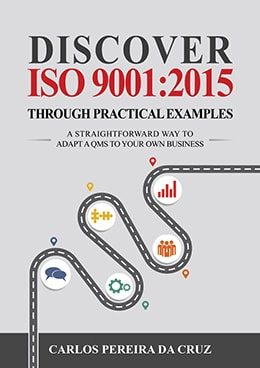 See details
Upcoming free webinar
How to use a Documentation Toolkit for the implementation of ISO 9001
Wednesday – June 10, 2020
Register now